Yu-Na returned to major competition this season after more than 18 months away and dominated the field on the run up to her second World Championship, but Yu-Na has been in pain from the injury since mid-August and withdrew from her Grand Prix events and Skate Canada (Oct. 25-27) together with Trophee Bombard in Paris (Nov. 15-17), according to Yonhap News.
Yonhap has 550 journalists and photographers posted at the Seoul head office, regional offices and overseas bureaus, comprising the largest news-gathering network in Korea. Under a 2009 law passed by the South Korean parliament, Yonhap has been charged with promoting the country’s image and distributing information — a task deemed critical to addressing the domination of information by major Western news media.


“If she continues to train hard, her injury will worsen,” Yonhap News was told, “ Yu-Na has to slow down to receive further rehab treatment”. 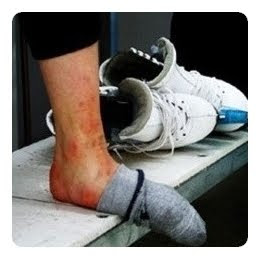 Kim Yu-Na is 23, and will be attempting at Sochi to become the first singles figure skater to win back-to-back Olympic titles since Katarina Witt in (1984-1988) .
Kim says she is 80-90% healed from her foot injury that kept her from participating in the International Skating Union Grand Prix events in October and November. She is still seen as the hot favorite for the Sochi Games in February.
The ladies short program takes place Friday afternoon with the free skate concluding the event on Saturday.
Kim Yu-Na has however disappointed many fans by saying she has plans to retire after the Sochi Olympics.
Kim Yu-Na Injured