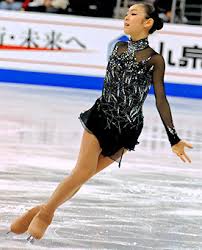 I couldn’t have been more surprised or honored last summer when Korean figure skater Kim Yu-Na told me that as a 7-year-old, she was so inspired by my skating at the 1998 Winter Games that she memorized my skating routines, pretending to be at the Olympics. Twelve years later, she no longer had to pretend. I have never seen a skater with such a combination of artistry and athleticism. From the first notes of her sassy James Bond medley to the closing Gershwin strains, Kim’s inspiring performances in Vancouver changed the face of figure skating forever. Those 6½ minutes on the ice left not only a mark in the record book but also an indelible impression on millions of young girls around the world. For Kim, the dream that began as a 7-year-old has been realized. For these girls, thanks to her, a dream and journey are just beginning.
Kwan is the most decorated figure skater in U.S. history